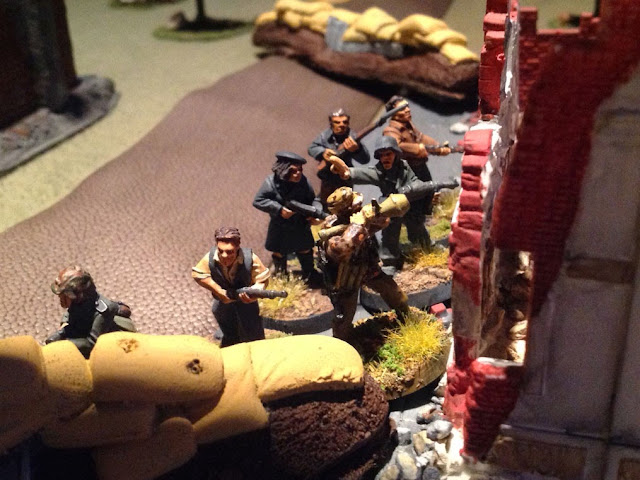 Over the last few months the time I have to dedicate to hobby projects has been severely limited - our family moved into a house that needed (and still needs) a fair amount of renovation. So almost all my recent building and painting has been of 1:1 scale terrain.*

But I have managed to keep playing weekly games at the local club. Between September and November I was in involved in their Fall of Berlin campaign. Using the Bolt Action ruleset, and based directly on the Iron Ivan "Battle for the Reichstag" publication, the campaign comprised 16 games played out in the rubble of Berlin.

Written for the "Disposable Heroes" ruleset, each scenario comprises a brief introduction; a synopsis of objectives, game length, and special rules in play;a map and deployment rules, TOEs; and a "Campaign Events Chart" that slightly modifies deployment or TOEs based on ongoing campaign results. For interest, each scenario lists the historical outcome.